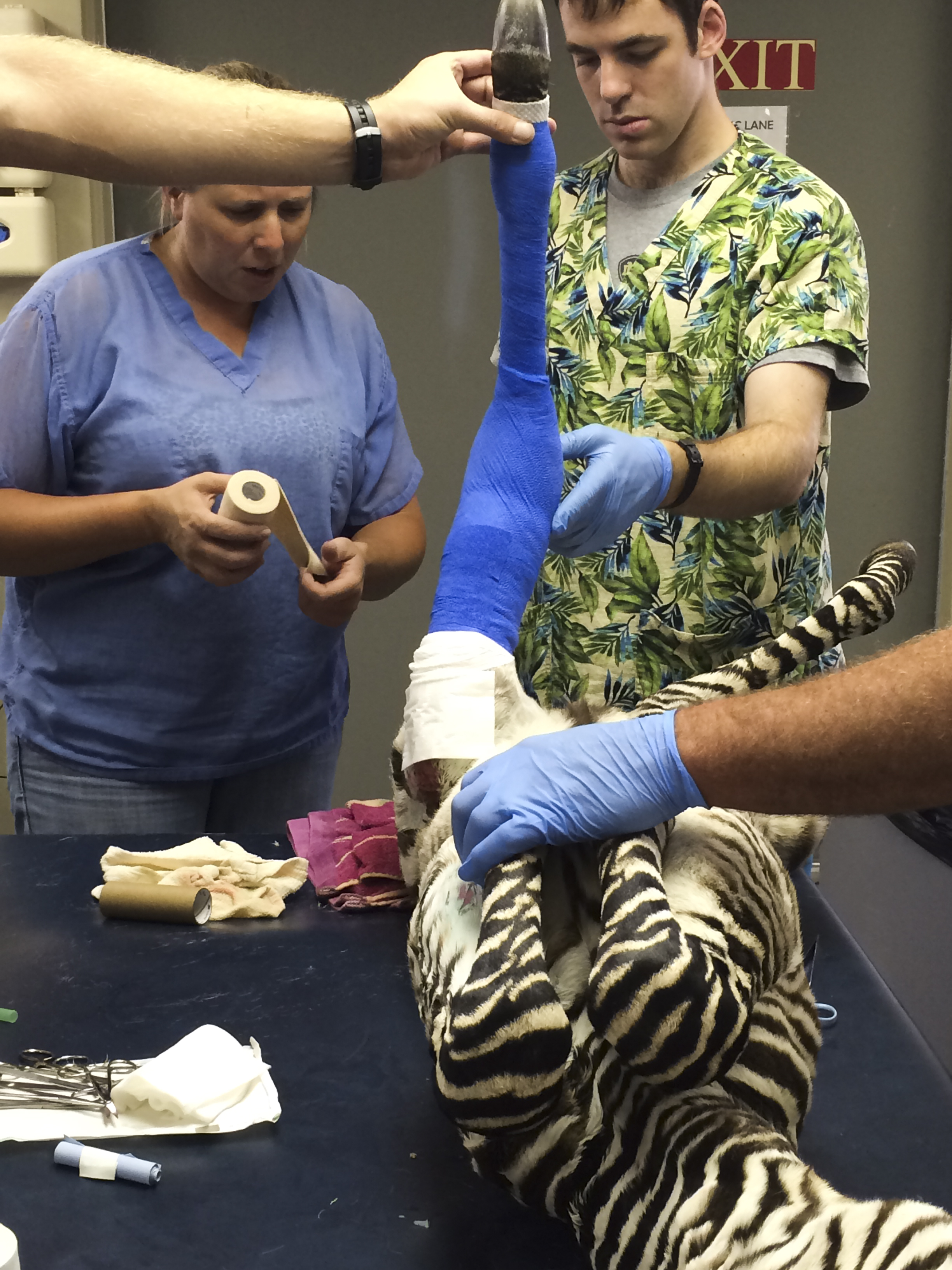 This past August, a 5 day old Hartmann’s mountain zebra was found with a rear leg injury. Her dam was protective of her and it was difficult to assess the severity, so she was immobilized for examination. The leg was badly infected and the damage was quite severe, so she was taken to the vet clinic for treatment. The wounds were cleaned, and a perfusion of antibiotics was instilled into the tissues of the limb by using a tourniquet above the wound (this way higher doses of antibiotic can be directed to the affected tissues, than if they were given systemically). Then she was bandaged.

As soon as we were done, we had to also immobilize her dam and bring her to the clinic pens as the foal was in need of almost daily treatments. We really didn’t know if we could save her leg. But in true zebra style, she was a tough little fighter! She tolerated repeated anesthetic procedures extremely well and it was clear after about 2 weeks of repeated perfusions that the infection was gone and the wound was healing.  It took a very long time for the damaged tissue to completely heal, and we had a few setbacks along the way. The foal developed diarrhea, possibly from repeated antibiotics, and subsequent lost weight. The wound became re-infected for a while. And perhaps because she was fighting multiple problems she developed a heavy intestinal parasite problem. But she is a trooper, and once we knocked back her parasite load she really started to rally and her diarrhea cleared up, she put on weight and, most dramatically, her wound started healing again rapidly. By December she had figured out our daily routine with her and we were able to give her daily oral meds without touching her, while she stood momentarily patient, for the syringe to go into her mouth.

So she waited another two weeks until we finally got a little break on January 12th. She and her dam were trailered back to the Game Preserve to rejoin the herd our foal had only just briefly met back in early August.  Our veterinary and animal care teams are thrilled that she made it through quite a long hospital stay, and proud that all our hard work had a happy ending.