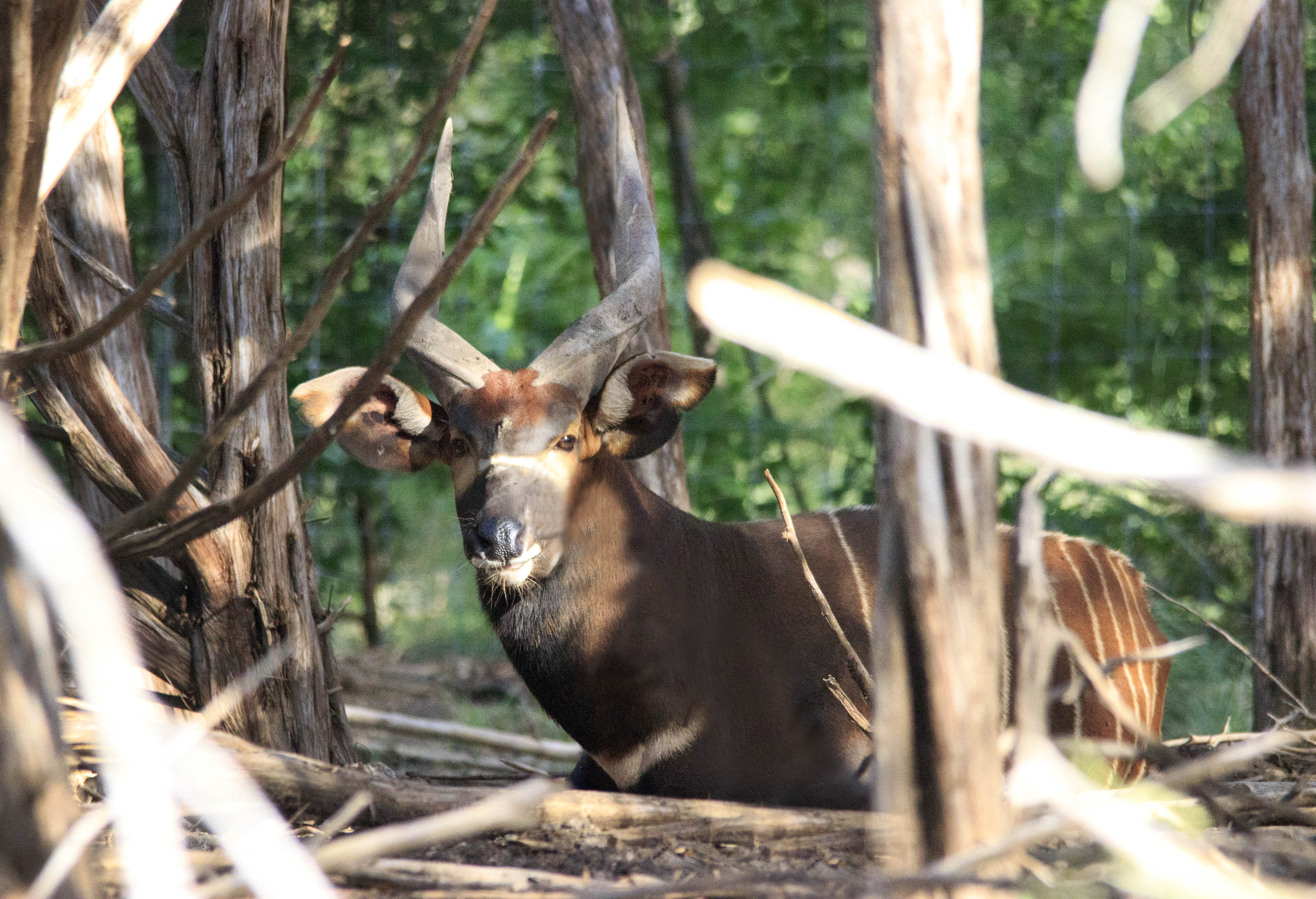 When you visit Fossil Rim and see babies (calves, cubs, pups and chicks), your first reaction may be to comment on how cute they are or the large number of offspring that we have. One of Fossil Rim’s main roles is being a breeding center – to produce large numbers of endangered species with the aim of securing an insurance population against extinction and directly or indirectly supporting the in situ (in the wild) populations, whether through reintroductions, research or public education. While Fossil Rim works to provide excellent care for our animals, there is an additional component you may not have considered before – caring for the genetic health of our species.

Most people are aware that inbreeding animals can lead to numerous health problems, but caring for our animals’ genetics goes beyond just avoiding inbreeding. We seek to maintain genetically diverse populations that include different variations of genes. A population is healthiest and most resilient to changing ecosystems if there are numerous alleles (variations of a gene) within the population. In wild populations, natural dispersal behaviors help maintain genetic diversity, but in captivity, and increasingly in shrinking and isolated wild populations, dispersal options are few to nonexistent. To maintain diversity in our small captive populations, it is important to rotate individual animals into and out of a population in order to bring in new genes and avoid inbreeding.

There is a science behind population management, and the Association of Zoos & Aquariums (AZA) has a Population Management Center (PMC) and population geneticists devoted to examining the pedigrees of captive populations within the SSP (Species Survival Plans). The PMC uses these genetic analyses to make recommendations to zoos for the best animals to breed. These recommendations can be within a zoo’s existing population or can include animals at different institutions. For example, Fossil Rim owns several male addax and the PMC can recommend which male to use as our breeder each year. Or the PMC can recommend we bring in a male from another zoo.

For many of our species, particularly the harem-structured hoofstock species (antelope, white rhinos and giraffe), it makes the most sense to swap males amongst zoos and keep our female herd largely the same.

There is great expense in moving animals and it has its risks and challenges, so we attempt to be very strategic in which animals we move and what season we move them in. Rotating males has proven to be a very effective management technique for Fossil Rim and other breeding centers (such as those within the Conservation Centers for Species Survival, C2S2) in order to maintain genetic variability.

In the past few months, Fossil Rim has received two new males for the genetic health of our populations – a reticulated giraffe and an Eastern bongo. These males are not related to our herds and have been recommended by population geneticists to be good additions to maintaining genetic diversity at Fossil Rim and therefore the collective North American population. We hope these males settle in well with our herds and that we’ll have many more offspring in the coming years.

1 thought on “Maintaining the Genetic Diversity of Small Populations”