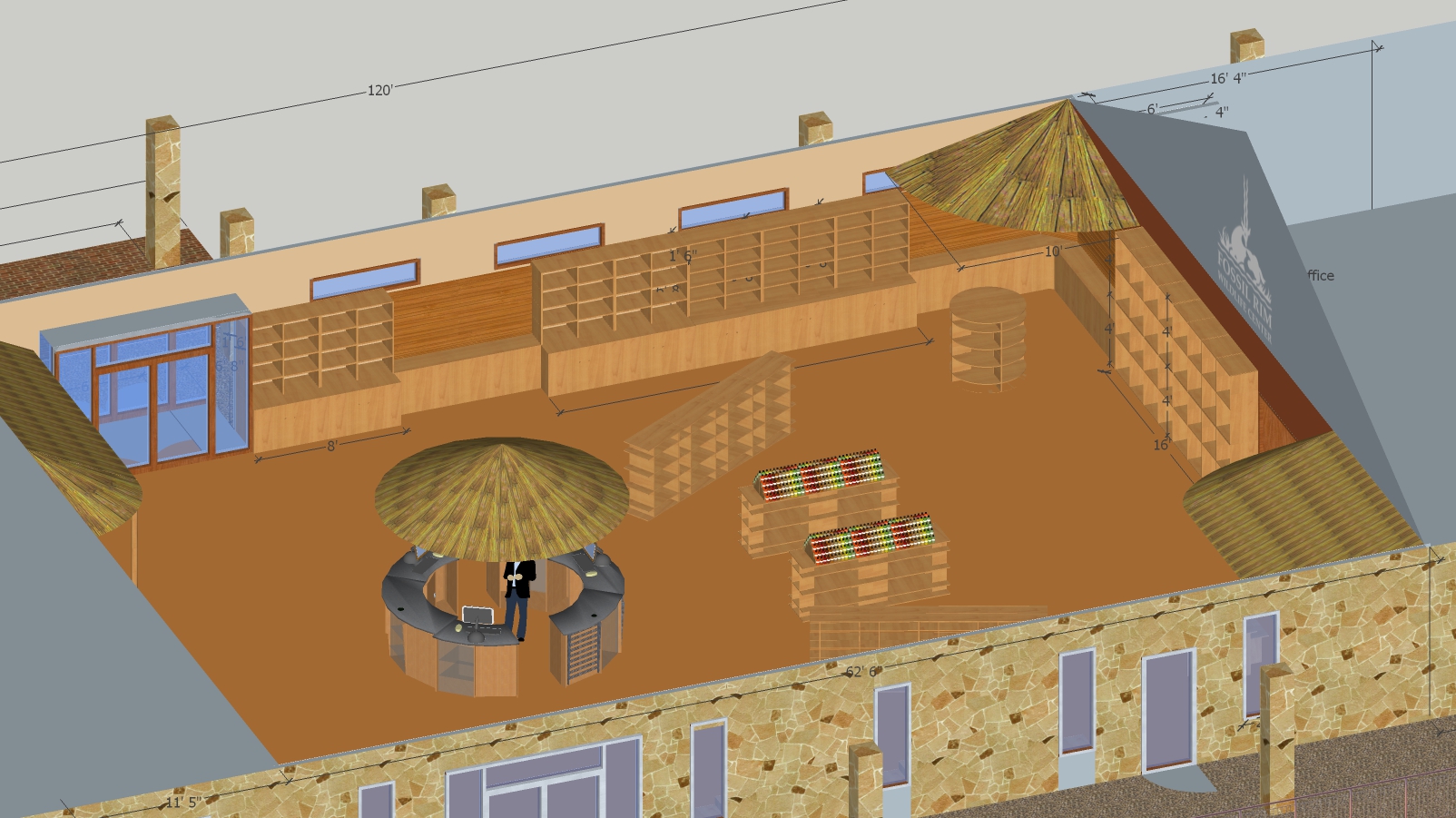 Building plans are being finalized for the new gift shop at Fossil Rim Wildlife Center, a not-for-profit breeding and conservation center in Glen Rose, Texas. After a late-night fire on February 17 burned the Nature Store, Fossil Rim staff immediately began the process of replacing it.

The design is done, bids are in and construction should begin on an all new gift store in the next weeks. It is hoped to have the new store open to the public early in the new year.

The new building will almost double the size of the previous gift shop, and nearly triple the size of the public bathrooms that were in the old building. It will be located close to where the old building stood, the footprint of which will be incorporated into the parking lot space so as to increase parking at the Overlook. So the design work and the decisions that accompanied the expansion have taken time to be thorough. Proceeds from the Nature Store represent a significant contribution towards feed and care for over 50 species of animals, many of which are endangered and serve as ‘insurance’ populations.

The new facility will have a 3,000 square-foot sales floor, nearly doubling the previous store. The plans include a space-efficient floor plan, ample warehouse space, a tour office, admin offices, a retail staff break room, public restrooms and for the first time at Fossil Rim a family restroom facility.

Design and construction wise, much focus has been given to cost and operational efficiencies while still meeting the needs and providing the quality a new facility requires. Insurance monies from the old building as well as grants from the McDermott Foundation and pending from the Meadows and Moody Foundations, as well as public donations in response to the fire and the ‘brick campaign’ launched soon after the fire by Fossil Rim, will cover the cost of the new facility.

Fossil Rim is very grateful for the support from the conservation community and we are thankful for each donation received. Our brick campaign is going very well, with donors from all over the country illustrating Fossil Rim’s national recognition, as well as strong support from the local community which has been heartwarming. There is still time to purchase personally engraved bricks that will be placed on pathways around the new Nature Store. If you wish to contribute, CLICK the BRICK below. By donating to this cause, you are participating in our conservation efforts.

In the meantime, Fossil Rim is open to the public seven days a week. A temporary gift shop and public restrooms are in place at the Overlook and will remain open until the new facility is complete.