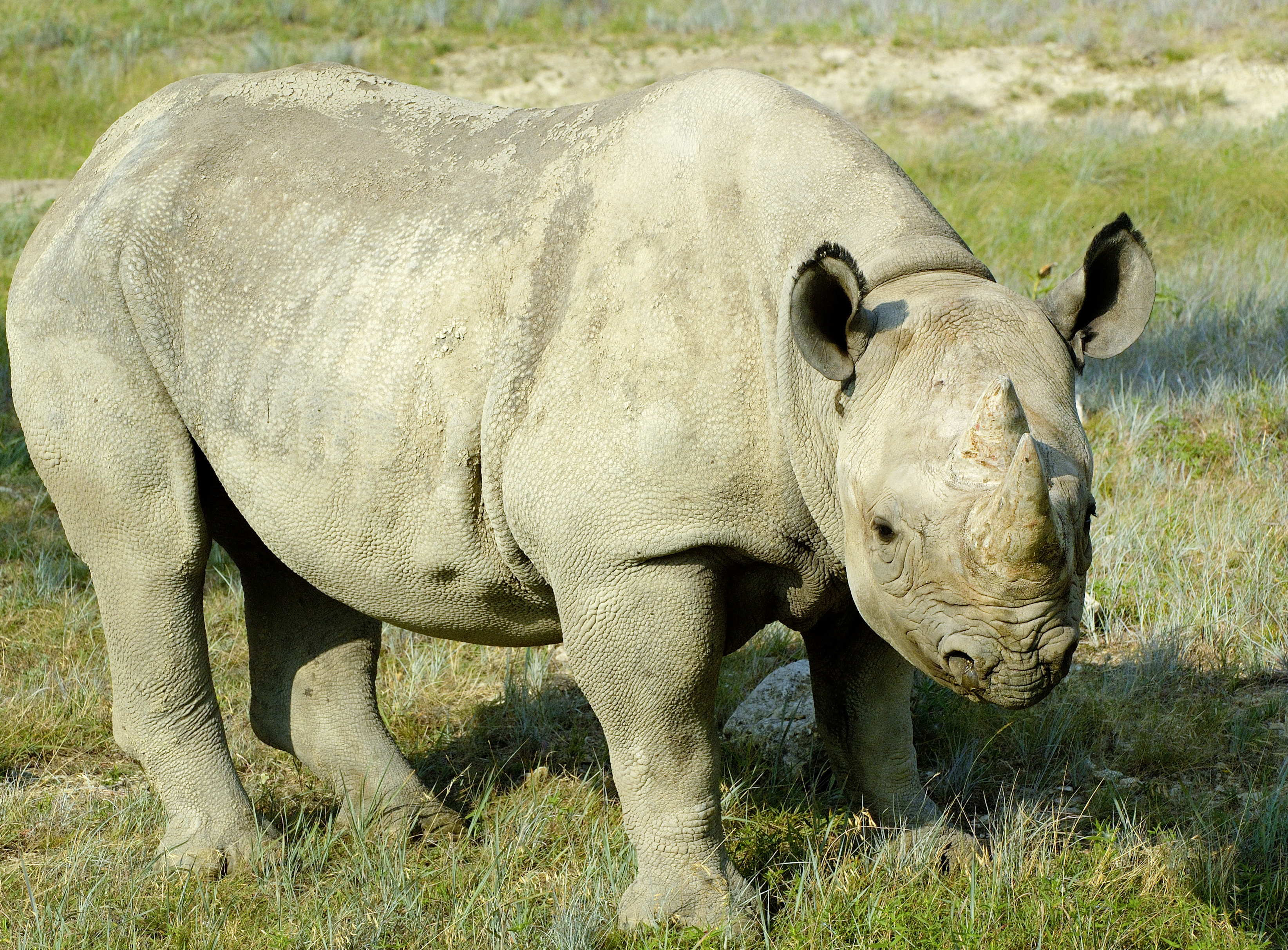 During the 1980s and 1990s the country of Zimbabwe had a thriving population of black rhinos and they were managed well by the government and by private ranchers. Unfortunately, poaching came to their country and the conservation of many species was threatened—including black rhinos.

Captive rhino managers in the United States and Australia combined resources and approached the government of Zimbabwe with the idea of bringing ten rhinos to the United States and ten rhinos to Australia as an assurance population against the extinction of the species in Zimbabwe. Fossil Rim was an instrumental player in the formation of the International Black Rhino Foundation (now called the International Rhino Foundation—and focusing on all rhino species), which had the mission of capturing, transporting and managing southern black rhinos ex situ (outside of their normal range, usually meaning captive management). There were several months of negotiations—field experts thought they had about 2500 black rhinos in Zimbabwe and they felt they could save the species without needing to send them out. Ultimately, during the capture process, it was determined there were less than 500 at the time, and it was imperative that some go into captive management programs.

In April of 1992 ten rhinos were flown into Houston Airport and were met by staff of Fossil Rim, Houston Zoo, White Oak Conservation Center and a couple of private facilities that were also major players in the formation of the IRF. The animals travelled from Zimbabwe with one of their vets, as well as Fossil Rim’s vet. At the airport we processed the animals and put them onto trucks heading to their final destinations. Fossil Rim acquired four of the ten animals and this was the beginning of our breeding program. At the same time, Australia was receiving their ten animals. Everything went very well on both continents.

In 1994, Fossil Rim was involved with reproductive ultrasonography in both the black and white rhinos and we were able to document, for the first time, the normal estrous cycle of both species of rhinos, and we were able to determine pregnancy (at only 15 days) and follow a normal pregnancy from conception to birth. These were landmark studies, and they also helped us manage the collection better.

Over the course of the first few years, Australia ended up losing their breeding bull and it made sense for Fossil Rim to send one of our bulls to cover their females. Since we knew one of our females was pregnant (through our ultrasound work), we wouldn’t need that male for a few years and could replace him with one from the US. The same reproductive monitoring via ultrasound also helped us when a pregnant female was bitten on the lip by a rattlesnake and we were able to determine through ultrasound that the fetus was unaffected.

Several years later, in 2001, we were able to bring a bull in from Australia that was born to the bull that we had sent them. He was unrepresented in the US and his genes would be very important to the population. Fossil Rim has had six calves born here since 1995 and it’s critical that we continue to produce black rhinos. The population is in great decline in captivity due to space restrictions that have existed over the years.

To help overcome the space restriction issue, the International Rhino Foundation has taken on the role of managing the southern black rhino population in captivity. This is a big change in how endangered animals have been managed over the past 40 years. Historically zoos manage animals through what they call the Species Survival Plans (SSP) and these groups make decisions about which animals should breed, the population sizes that should be strived for, and the overall population statistics for the species. By managing through the IRF, we have opened some doors to working more closely with non-Association of Zoos and Aquariums (AZA) facilities. This brings the management back to its roots with the private facilities that helped initiate the IBRF working with other private facilities that will allow us to expand the numbers of spaces available for black rhinos in the US and around the world. The IRF does excellent work in rhino conservation throughout the world, and this is an important aspect to the conservation of species in captivity, and it will also enhance our ability to work with Australia, Africa and Mexico, as we expand the rhino numbers.

Fossil Rim Wildlife Center currently houses three females. We lost our herd bull (Kusamona, the one that we received from Australia in 2001), to a venomous snake bite in May of 2014. This is a great loss to the species. We are hopeful that one of the females is pregnant because they were seen breeding a few weeks before his death. We recently brought in another female from one of our partners (view the video of her arrival below) and she is definitely not pregnant.

There is an available male at the Abilene Zoo and we have already begun work on getting him here as soon as possible. Black rhinos have a 16-month gestation period, so it’s critical that we get these females pregnant as soon as possible to increase numbers. We sent one of our bulls to this same partner in 2012 because they had six females and no breeding bull. He has already sired one calf, and they are optimistic that more females are pregnant by him. The female we brought here is his daughter from 1996, so she couldn’t stay there but will make babies here! The captive population of southern black rhinos is small, but because of IRF’s dedication and the commitment by its partners, we are optimistic that we can maintain a small but healthy assurance population.

Learn more about the International Rhino Foundation at www.rhinos.org.