The Zebra’s History at Fossil Rim 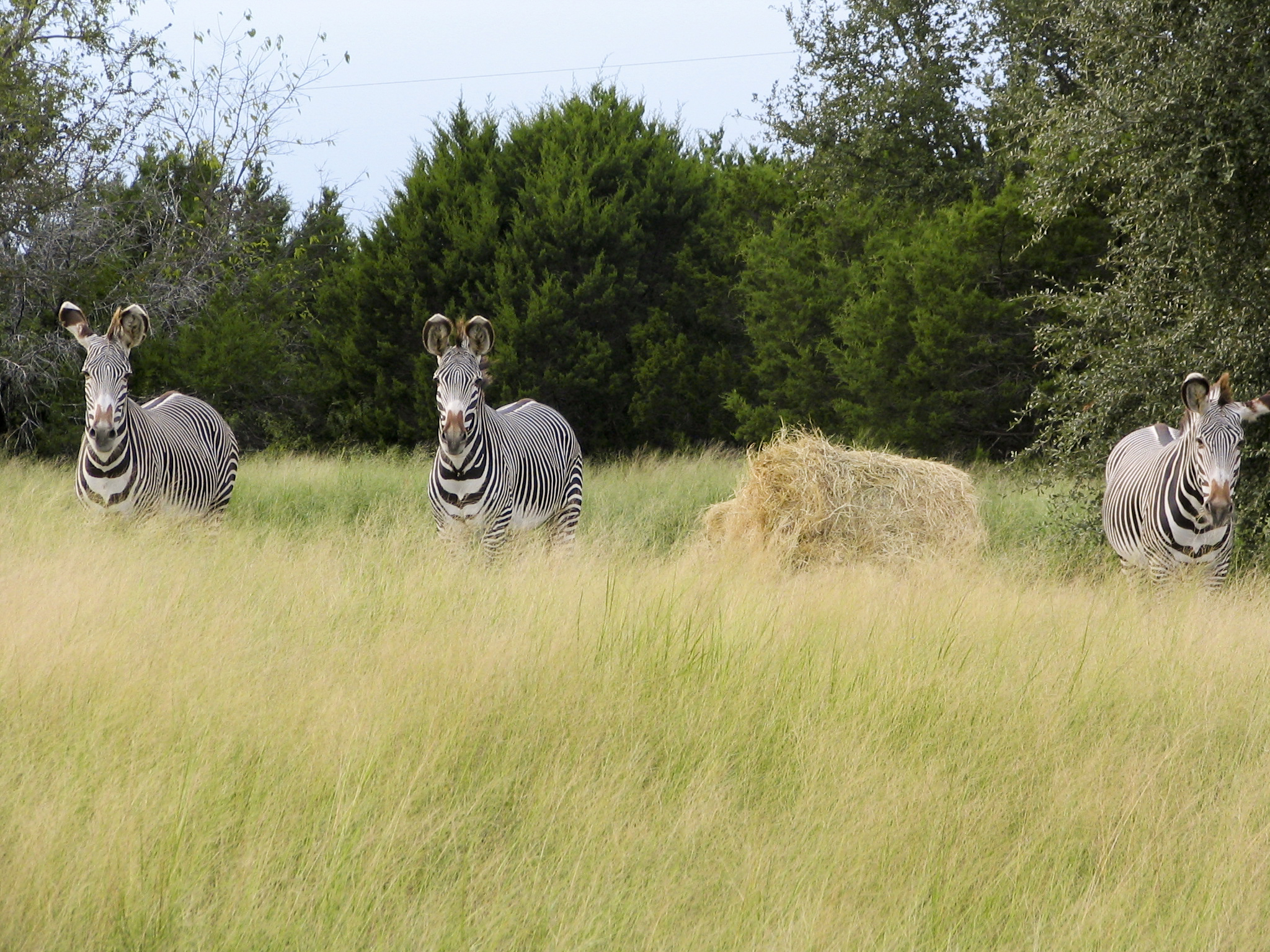 One of our visitors’ favorite animals is the zebra, but did you know that there are actually three species of zebras? Fossil Rim has been home to all three species during its history, and we currently have Hartmann’s mountain zebras and Grevy’s zebras.

From 1986 to 2011, Fossil Rim had a breeding herd of Grant’s zebras, a subspecies of the plains zebra.

This is considered a species of least concern*, with over 400 in managed populations within AZA (Association of Zoos and Aquariums) facilities. If you see a zebra at a zoo, it is very likely a Grant’s zebra. This species is common throughout several nations in southern and eastern Africa (especially Kenya and Tanzania) and overall the population is stable. There are no major threats to the population as a whole although certain parts of the zebra’s range are subject to habitat loss and overhunting.

As a conservation center, we try to direct our attention to housing and breeding vulnerable and endangered species. In 2007, Fossil Rim acquired a herd of Hartmann’s mountain zebras, which are considered vulnerable*. Hartmann’s mountain zebras are native to Namibia, and they are threatened by hunting and competition with domestic livestock for access to water. There is limited information on population size, but it is estimated to be around 8,000 mature zebras. Fossil Rim is one of the few facilities in the United States to house this species.

Grevy’s zebras are in great need of conservation help, and Fossil Rim is actively seeking to breed this species. According to the IUCN Red List, the population of Grevy’s zebras has “declined by more than 50% over the past 18 years” and there are currently estimated to be 750 mature Grevy’s zebras in the wild (Moehlman, Rubenstein & Kebede, 2013). They live in Ethiopia and Kenya; however, they face threats due to habitat loss and competition with domestic livestock for water and grazing area. The extraction of water for irrigation systems has also reduced the availability of water for the zebras during the dry season. Additionally, the zebras are hunted in parts of their range.

If you drive through Fossil Rim on the tour route, the Hartmann’s mountain zebras are the species you may see. Please remember that zebras will bite, so do not feed them by hand.

Due to their need for rocky terrain and the fact that they don’t get along well with some other species at Fossil Rim, the Grevy’s zebras are housed in a behind-the-scenes location. Although Grevy’s zebras are not on the usual tour route, they can sometimes be seen while on an Adventure Tour.

It takes some practice to tell the three species of zebras apart from one another. This chart will help explain the differences: