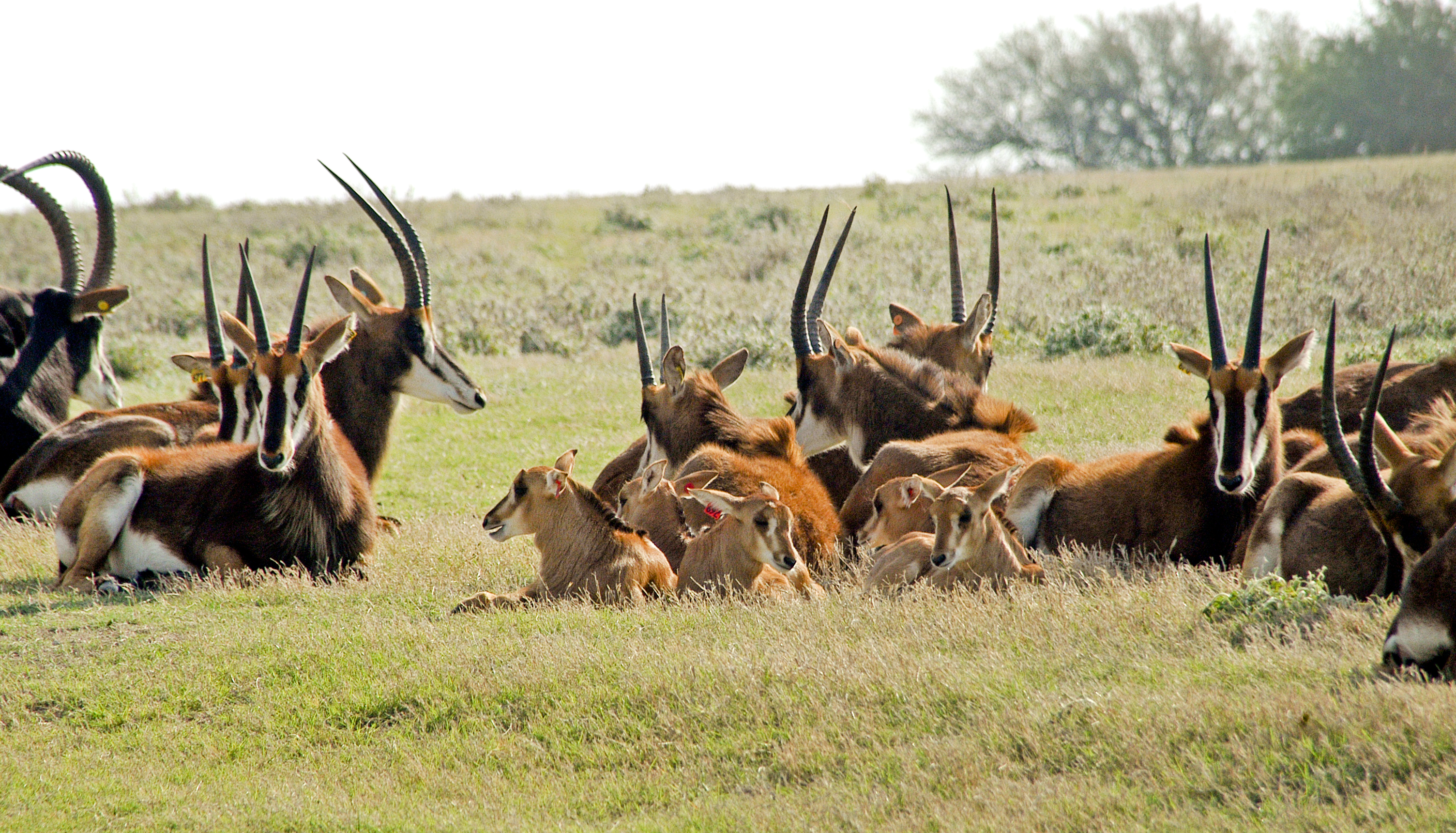 Historically Fossil Rim managed herds as the animals would occur in the wild—a dominant bull with a number of females (harem) and youngsters. Many of our species are not seasonal breeders (think white-tailed deer with rut and breeding always at the same time of year), so they might calve at any time of year. So this method has worked very well and we have produced many calves and have very healthy herds of animals roaming our pastures.

A few years ago we decided that we could do even better by pre-determining when calves would be born by managing when (and for how long) the bull is in with the females, thus creating a desired calving season.

Keeping the bull with the females only when we want calves to be conceived allowed us to maximize seasonality. Fossil Rim could determine the best time for calves to be born, the best time for them to wean and, more importantly, the best times NOT to be born. Since many of the gestation periods are 7-9 months, if the bull is with the females year round it is inevitable that we’ll have winter babies some time. This isn’t ideal. We also want the peak lactation of the cows to occur when the grasses are at their peak, and calves to be weaning when the grasses reach their second peak, usually in the fall.

But this also creates the problem of, ‘what happens to the herd structure when the male isn’t with the herd?’ We know that there is a very important male influence in the herd structure, and that not only do the bulls maintain some social structure within the herd, they are also involved in the care of the calves—observed especially in the sable antelope.

We solved that problem by simply not having a time when there is no herd bull. We have two bulls for each species that we are managing this way. One bull is fertile and we put him out with the females during the prime conception time period. Once he has bred the females, we replace him with a vasectomized bull. This bull is not castrated so he still has all his same male personality traits, but can’t impregnate the females. We have been doing this ‘bull swapping’ for nearly ten years in some species, and we are currently doing this in addax, roan, sable, waterbuck and gemsbok.

In addition to improving the overall management of these herding animals, we can also adjust the production rates by keeping the bull in for longer or shorter periods. Most of our species are endangered and we want to produce as many as possible, but we also have space restrictions at Fossil Rim and we have to manage in relation to those restraints. Producing 10-20 calves of each species may not be ideal in the long run, so we may want to restrict the breeding to produce 5-10, or some year we may not want to produce any—or we may want to increase the number of breeding females and produce 20-30 calves in a year. We can make those adjustments each year and manage the collection at Fossil Rim sustainably for generations to come.