A Tribute to Cinnabar and Moose 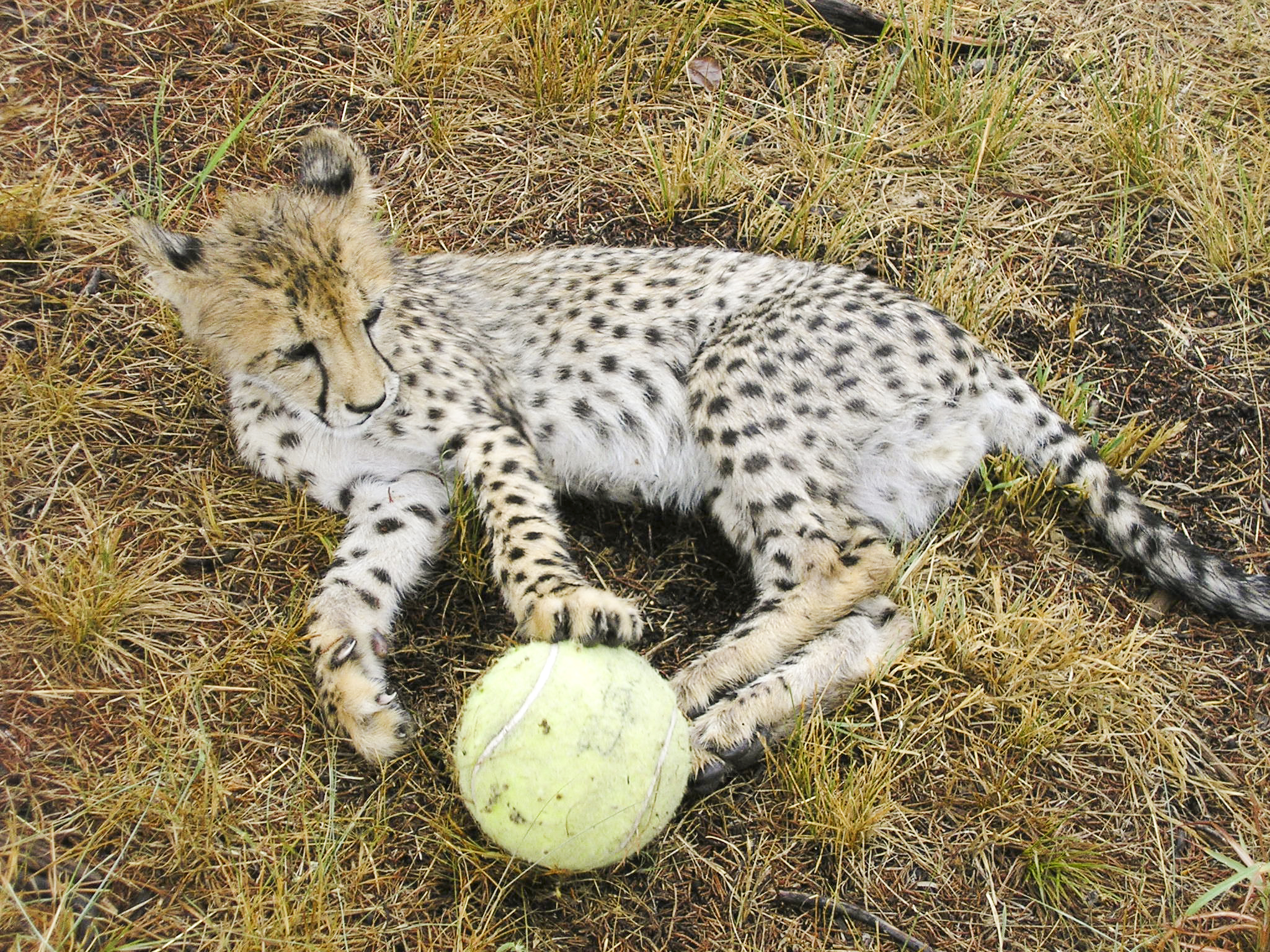 A career in animal care is full of ups and downs. It can be one of the most rewarding careers at times, but also one of the hardest. This past year the carnivore department was rewarded with the birth of 2 litters of cheetah cubs and a litter of maned wolf pups. Unfortunately, we also witnessed the passing of 2 of Fossil Rim’s most iconic cheetahs.

In mid-November, our oldest, and one of our most well-known cheetahs passed away. Cinnabar lived to be 16-years-old and enjoyed a long, healthy life. She is known in the cheetah world for her amazing maternal skills. In 2006, while caring for her first litter of 3 female cubs, Cinnabar was given another challenge. A singleton cub at Cincinnati Zoo was born a few days before Cinnabar’s litter. Because a cheetah will never raise just one cub, this Cincinnati cub was flown to Fossil Rim to be fostered by Cinnabar. Cinnabar accepted the cub, Frankie, and began grooming and nursing him along with her own litter. Cub fostering was not a common practice at this time and Cinnabar proved that she was up for the challenge.

Several days later, Fossil Rim had another first-time mother give birth to two cubs. Due to inclement weather, one cub died and the other was abandoned. It was decided that this cub, Hooper, would also be put with Cinnabar and her litter to see if she would foster another cub. With almost two weeks of an age difference between the cubs, it was unclear if this gamble would work. After a few nervous moments by Cinnabar in which Hooper was moved out of the den box and into the grass, Cinnabar went back and picked up Hooper and returned him to the den with the other cubs. Cinnabar started to care for all five cubs and they are all still alive today. This was the first time that a cheetah raised her own litter and fostered two cubs from two separate litters. Cinnabar was a truly remarkable mother and her story is well-known and has opened the door to more fostering successes in the cheetah world.

On January 7th, after a long, determined effort by our vet staff, we unfortunately had to euthanize one of Fossil Rim’s most beloved cheetahs, Moose. Moose has had a few health issues over the past year and underwent several surgeries. On Friday, January 3rd, he had abdominal surgery and seemed to be recovering well over the next few days. Unfortunately, he took a turn for the worse and we had to make the very difficult decision to euthanize him. This was heartbreaking to many of our animal care and health specialists.

Moose was a “favorite” of many people. For those that don’t know, Moose and his brother Bruce were born in 2005 and had to be hand-reared due to poor health brought on by the feline herpes virus. Due to their health, Moose and Bruce were in need of more care than most hand-reared animals and several staff members invested a lot of time in their care and became very attached to the cubs.

After reaching maturity, Moose, like most hand-reared male cheetahs, never had any interest in breeding. However, his blood-line has been passed on by his brother Bruce, who is the father of all eight of our cubs born in 2013. Here are three from the first litter.

Moose was still a special cheetah and touched the lives of many people, including a young cancer patient named Claire. In 2005, Claire (then 4-years-old) was told that she had a Wilms tumor, and while she was receiving treatment and living in the hospital she wished that she could pet a cheetah. Through the Wish With Wings Foundation, that dream became a reality. Fossil Rim was contacted about Claire, and it was perfect timing, because we had Moose and Bruce that were being hand-reared. Claire and her family came to Fossil Rim to meet Moose and Bruce when they were only a few months old. Claire went through several bouts of treatment and is now in remission. One of the things she always talked about and that kept her spirits up were Moose and Bruce. Those cubs gave her something to fight for. Since 2005, Claire has come out to Fossil Rim several times a year to see Moose and Bruce.

January 7th was a very difficult day for me. Moose and Bruce hold a special place in my heart. The two were born a few weeks after I arrived for my first internship here at Fossil Rim in 2005. I had always loved cheetahs, but never really knew exactly what I wanted to do with my career. I was given the opportunity to play a vital role in their hand-rearing. I have since been very closely bonded with Moose and Bruce. It was that experience for me that made me want to work with cheetahs. It is an experience that I will cherish for the rest of my life and I will always remember Moose. He is a big reason why I am here at Fossil Rim today and why I chose this career path.

If you’re wondering about Bruce, he is hanging in there. He was very bonded with Moose, as all cheetah brothers are, but he does pretty well on his own. He has a few females next to him to keep his attention and hopefully he will keep passing on those genes with all of the cubs he is producing.

Currently, all of Moose’s eight nephews and nieces are doing well. If you are on the scenic drive-through you may be able to see the cubs running around and climbing all over their moms in the distance. They are pretty cute. The cubs and their mothers will be moved from their birthing pens and onto the tour route sometime in late March, so take a trip out to see them and be sure to say “hi” to Bruce as well.

1 thought on “A Tribute to Cinnabar and Moose”