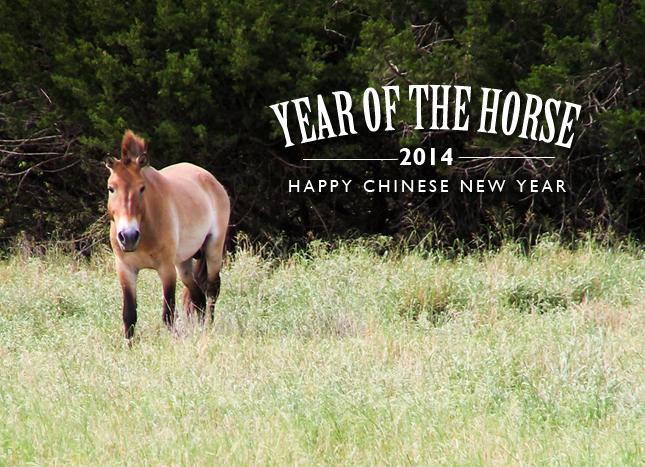 Fossil Rim Wildlife Center is one of 23 institutions that participate in the Species Survival Plan (SSP) of the Association of Zoos and Aquariums (AZA) in North America for Przewalski’s horses.

The focus of SSP’s is to manage species and attempt to keep the highest genetic diversity for possible release of individuals back into the wild. The Przewalski’s horse is one of the few species that are currently being released back into the wild (in Mongolia), and all of the animals that can be found in the wild can trace their ancestry back to zoos in the United States and Europe. This means that without the captive breeding program, the Przewalski’s horse would still be extinct in the wild. With captive breeding, however, comes restrictions—mainly space and the ability to house animals.

Fossil Rim chose to participate by housing males only. While this means that we aren’t breeding the endangered species, our impact is equally important to allow facilities that are breeding to continue. As with many of the species at Fossil Rim, natural history shows that normal life styles include one dominant male and multiple females in a herd. When a breeding facility has male offspring, the zoo can only keep them with the herd until they reach sexual maturity because at that age they will fight with other males. Since we only house males, they tend to get along better with each other since they aren’t trying to assert dominance to ‘win’ the harem. Fossil Rim currently houses four males that are six-years-old, and while they are just a bunch of bachelors right now, one or more may be selected in the future to become herd sires at other zoos to pass on their genes.

2 thoughts on “The Przewalski’s Horse”