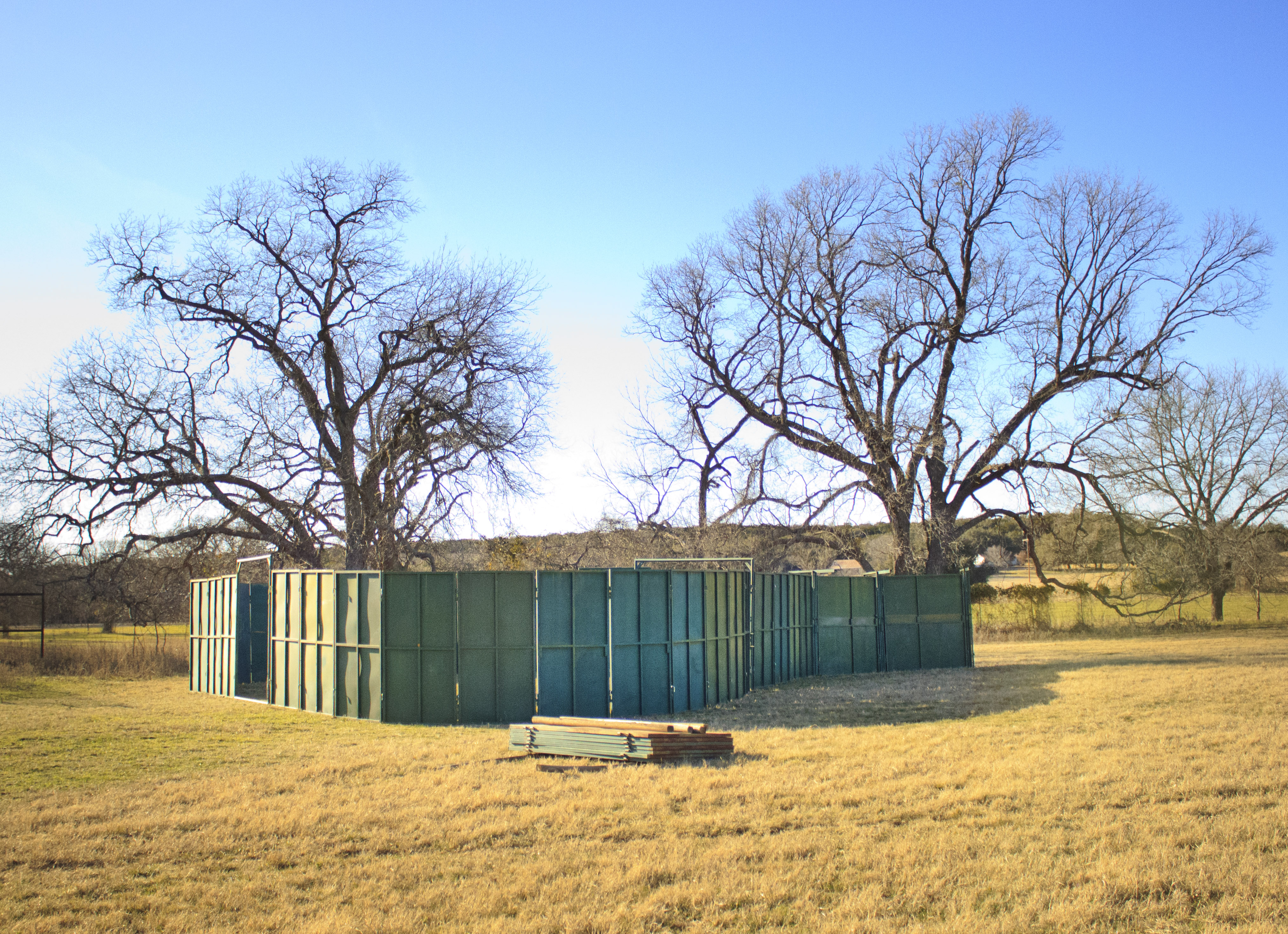 One of the most intriguing (and often adrenaline-filled) components of animal care at Fossil Rim is capturing animals. There are many situations in which we need to catch an animal, including annual exams for select species, neonate exams, veterinary procedures and surgeries, and relocating animals for management reasons or to exchange with other zoological facilities. We utilize multiple capture techniques depending on the need and the type of animal that we are seeking to catch. Over the next few weeks, we will be discussing various methods Fossil Rim uses for animal capture and restraint.

While many people may be familiar with tranquilizer guns and the use of chemical capture techniques, some of the more interesting (and less-known) methods don’t require the use of drugs. These techniques can be used when we would prefer not to sedate an animal, either for the safety of the animal, when detailed veterinary exams are not needed, or when mass capture is an option. One of the tools we use for these situations is a boma, which we recently constructed near our Admissions Center at Fossil Rim.

Our boma is a large portable enclosure (roughly 300 square feet) constructed in a pasture with solid, 8-foot tall walls. To put it to use, animal care specialists will soon begin conditioning our Front Pasture hoofstock to enter the boma to eat by leaving the gate open and feeding in troughs located inside the boma.

The goal is for the animals to grow familiar with entering the boma to eat, and when we have the target species (the wildebeest) within the boma, we can close the door and capture multiple individuals at once (often called ‘Passive Capture’). There is a load out chute attached to the boma, so animals can load directly onto a livestock trailer. The animals can then be easily transported to another pasture or offsite without the complications often associated with chemical immobilization. The wildebeest herd is particularly savvy, and darting multiple animals is very difficult; they have an uncanny ability to know when you are trying to dart them and to stand just out of range.

Building a boma is no small endeavor. The structure consists of many 4×8-foot panels and each panel weighs at least 150 pounds.

After a tractor transported all of the pieces to the designated site, six people worked on it for two to three hours, and it consisted of a great deal of heavy lifting and strategic planning.

While the construction may have been a challenge, the boma will provide Fossil Rim with the ideal capture technique to transport multiple animals at once, without having to sedate.