Scimitar-Horned Oryx: The Return to Africa 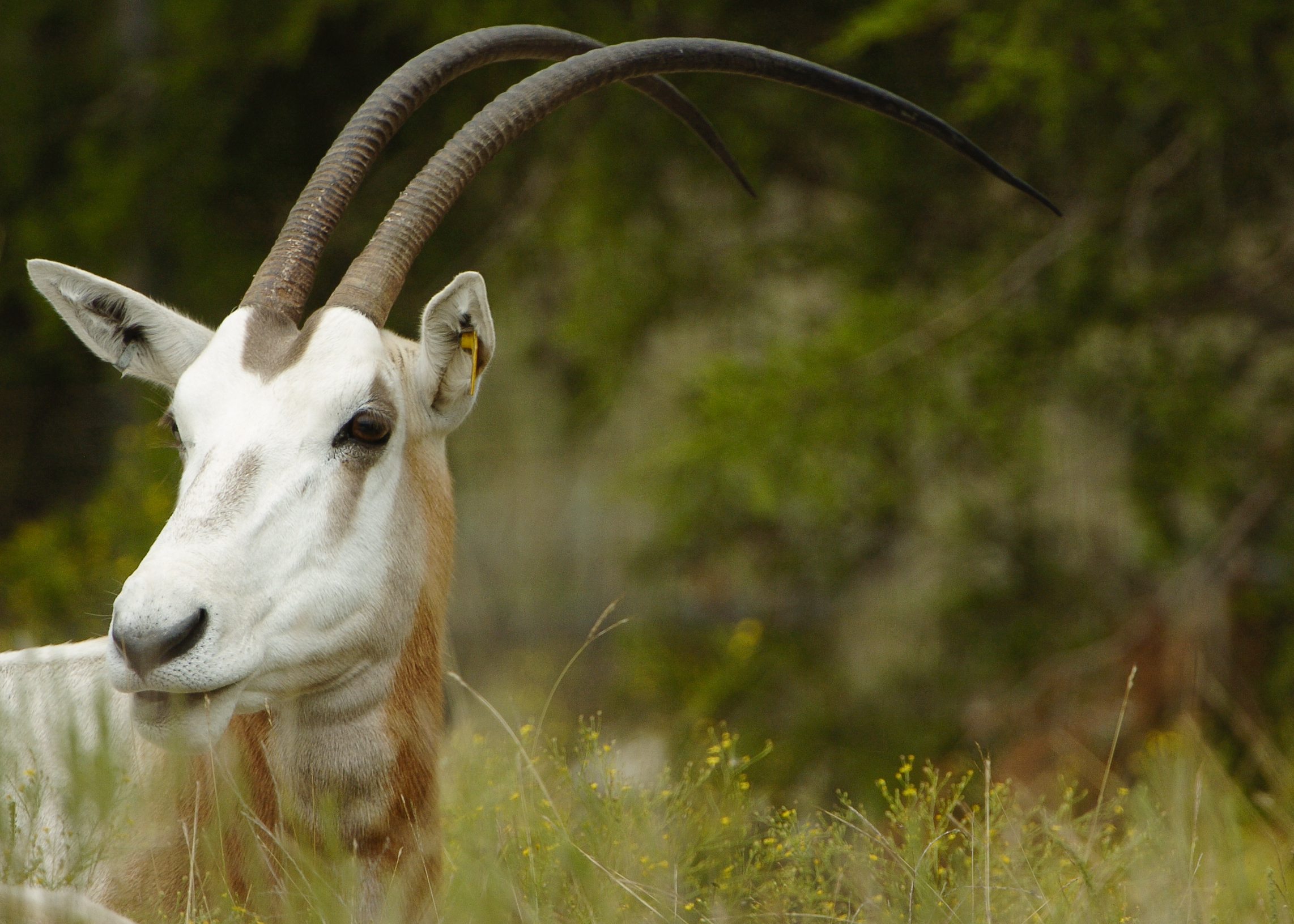 Scimitar-horned oryx (SHO) were declared extinct in the wild in 2000.  Conservationists, such as Fossil Rim and the Sahara Conservation Fund, are working hard to breed this species and reintroduce SHO into large protected areas in northern Africa.  This species was formerly native to the Sahara Desert and was heavily diminished by overhunting and habitat loss.  Fossil Rim has more than 20 SHO in our herd and has produced six to eight calves during each of the last three years.

Fossil Rim is also working to support the conservation and propagation of SHO in protected areas in Africa.  In 2007, Fossil Rim sent two scimitar-horned oryx and two addax (a critically endangered species) to Tunisia to join captive herds living in a large protected area that is several thousand hectares in size.  Numerous zoos have sent SHO and addax to Tunisia, and the hope is that someday these herds can be released into the wild.  The Sahara Conservation Fund (SCF) is partnering with Tunisia’s wildlife authorities to train Tunisian staff in how to manage SHO and addax herds as well as survey potential sites for reintroduction.

Currently, Fossil Rim’s Hoofstock Curator (Adam Eyres) is working with SCF on plans to relocate hundreds of SHO from the United Arab Emirates to a 78,000 km2 (roughly the size of South Carolina) game reserve in Chad.  This is one of the world’s largest protected areas and SHO thrived there until the late 1970s; unfortunately, civil war in the 1980s contributed to the extermination of this species in Chad.  The people of Chad want to see the oryx return, and authorities have been supportive of conservation efforts.

With the support of international zoos and private owners in both the United States and the United Arab Emirates, this reintroduction project is gaining momentum.  A great deal of planning has gone into this project, and the goal is to include 100 animals per release rather than the typical 5 to 10 animals.  Herds will initially be managed in fenced areas for acclimation, and then later released into larger protected areas and monitored.  With large numbers of animals per release and a very suitable habitat, this reintroduction project has a great deal of potential to aid in the recovery of the scimitar-horned oryx.

So come out to Fossil Rim and see our herds of scimitar-horned oryx and addax.  By visiting and supporting our efforts, you are in turn supporting the conservation of these species in the wild.

To learn more about the Sahara Conservation Fund’s projects involving a variety of species, visit www.saharaconservation.org.

4 thoughts on “Scimitar-Horned Oryx: The Return to Africa”